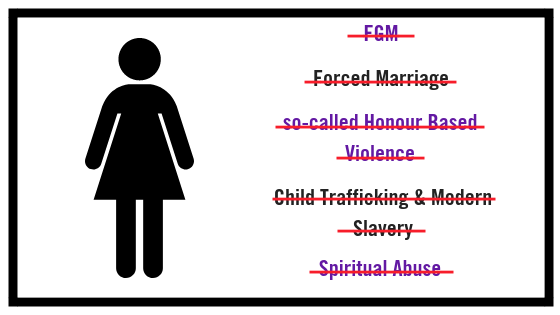 Bristol as a culturally diverse region

Bristol is the tenth largest city in the UK, with a rapidly growing child population. It is often ranked as one of the happiest ,most creative, and most culturally diverse places to live. There are 91 different languages spoken from 180 countries, 45 different religions, and currently 22% of the population describe themselves as non-white British. In the past the migrant and minority populations came from the UK’s former colonies. More recently immigrants have been arriving from the European Union (EU) and non-EU countries.

For many years I (Pam Young, Associate Trainer with Mandy Parry Training) have been working within the health services to safeguard children. I now deliver training on cultural abuse for Mandy Parry Training. Feedback from professionals often highlights a lack understanding or knowledge of different cultures and religions. This can sometimes result in children being put at risk in the endeavour of staff to be culturally sensitive.

What is cultural abuse?

FGM – Partial or total removal of external female genitalia for non-medical reasons. FGM is usually performed by somebody with no medical training, with no anaesthetic and often forcibly restrained.

Forced marriage – Where one or both people do not consent (or do not have the capacity to consent) to the to the marriage or they are pressurised or abuse is used to force them to do so.

Spiritual Abuse – A belief that an evil force has entered a child and is controlling him or her. Families, carers, religious leaders, or congregations can hold genuine beliefs that evil forces are at work. An ‘exorcism’ may be made to attempt to expel the evil spirit. Whilst the number is small the impact can be serious or fatal

Generally recommendations from these SCRs advocate that professional take time in exploring openly with families issues of culture, faith and beliefs to build relationships and trust that would help keep children safe. Interestingly, one key finding from the work of a particular London project concluded that successful engagement depends largely on a respectful and culturally sensitive approach, rather than on the ethnicity and cultural/religious background of the outreach workers.

What can you do?

Training in this area

I am looking forward to the next FGM and Cultural Abuse training I will be delivering on behalf of Mandy Parry Training on 28th November 2018. This will include an assessment tool that professionals can use in practice to help build those relationships and find out about what is important in the children’s cultures.

FGM will be covered in more detail, looking at the history, types of FGM, justification for performing, and the risk indicators. Wherever the setting, this course will include help to improve practice by sharing essential information, encouraging reflection and discussion, and developing key skills, giving staff the confidence to help them to protect children and young people who may be at risk of cultural abuse.

Our thanks go to Associate Trainer Pam Young for writing this latest blog article.