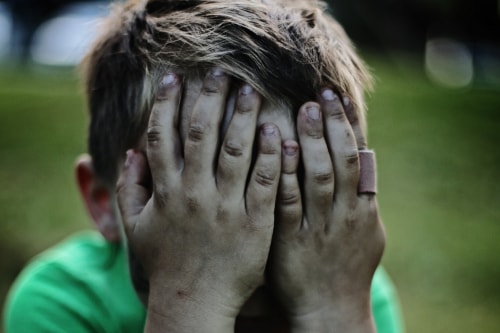 ‘Children can abuse other children. This is generally referred to as peer on peer abuse and can take many forms. This can include (but is not limited to) bullying (including cyberbullying); sexual violence and sexual harassment; physical abuse such as hitting, kicking, shaking, biting, hair pulling, or otherwise causing physical harm; sexting and initiating/hazing type violence and rituals.’
Keeping Children Safe In Education 2018

Last November 2018, it was reported in the news that parents of a girl sexually assaulted at the age of six by boys in her school playground had won compensation from the local authority. The council had not accepted liability but the undisclosed five-figure settlement may have set a precedent that all schools need to be aware of. This is the first time the High Court approved a settlement in a case of sexual assaults involving primary school pupils.

A member of staff had testified that they had seen the girl with her underwear partly removed, and one of the boys standing behind her; over time it emerged a number of incidents had taken place over a number of weeks. The girl, called Bella to protect her true identity, eventually disclosed the repeated sexual assaults to her mother only when she could no longer sit down because of the discomfort. In the following days and months, Bella had nightmares, become extremely anxious and was afraid of leaving her home. Her parents found there was no help available for their daughter, and eventually had to pay for her to have the counselling she needed. Her mother said: “We had a broken little girl who had been seriously sexually assaulted repeatedly over a number of weeks in school, feeling unsafe in school and she had nothing.”

In their court action, Bella’s parents argued the school had failed to prevent the assaults, or to adequately train staff to recognise the warning signs. Bella’s mother said pursuing the legal action was partly about creating a precedent but most of all so that Bella had some tangible redress. The family hopes by talking about the court action they will draw attention to the lack of support for children sexually assaulted by other pupils at school.

Schools and other settings tell me a lot of their work around safeguarding is taken up with dealing with allegations made by children about other children. Recent headlines have informed us that peer abuse is rising. Last year it was reported that almost 30,000 reports of children being sexually assaulted by another child have been made in the past four years, a 71 per cent increase. Clearly incidents of peer abuse are rising and affecting younger and younger children. Furthermore it is felt (and I would definitely agree with this) that schools and other settings are finding it increasingly difficult to manage these worrying incidents appropriately.

Understanding the risk of peer abuse is vital for all members of the children’s workforce. New updated statutory guidance published last year, ‘Keeping Children Safe in Education 2018‘, continued to not just prioritise the harm that is implicit in peer abuse, but to also regard it as an indication of further safeguarding issues, stating:

…All staff should be clear as to the school’s or college’s policy and procedures with regards to peer on peer abuse.’ (KCSE 2018 p15)

That means that in regard to the story above, holistic safeguarding means that professionals need to be as concerned about Bella’s abusers as they are about Bella – what led to this incident? What is going on with those boys?

The new KCSE also makes good reference to the excellent non-statutory guidance published in December 2017 by the Department for Education entitled ‘Sexual Violence and Sexual Harassment between children in schools and colleges. This clear and essential guidance defines sexual violence as those physical acts that include rape, sexual assault and assault by penetration. Sexual harassment is defined as ‘unwanted conduct of a sexual nature that can occur online and offline which is likely to: violate a child’s dignity, and/or make them feel intimidated, degraded or humiliated and/or create a hostile, offensive or sexualised environment’. A much wider concept than sexual violence, sexual harassment includes sexual comments, sexual “jokes” or taunting; physical behaviour, displaying pictures, photos or drawings of a sexual nature; and online sexual harassment.

The guidance states that sexual violence and sexual harassment can:

Children with Special Educational Needs and Disabilities can be especially vulnerable. Disabled and deaf children are three times more likely to be abused than their peers.

For more information, the link to the guidance is here: https://www.gov.uk/government/publications/sexual-violence-and-sexual-harassment-between-children-in-schools-and-colleges