‘Around 9 in 10 of the girls we spoke to said that sexist name calling and being sent unwanted explicit pictures or videos happened ‘a lot’ or ‘sometimes.  Inspectors were also told that boys talk about whose ‘nudes’ they have and share them among themselves like a ‘collection game’, typically on platforms like WhatsApp or Snapchat. We found that children often don’t see the point of challenging or reporting this harmful behaviour because it’s seen as a normal experience. Pupils said adults often don’t realise the prevalence of sexual harassment that occurs both inside and outside school. They spoke of teachers not ‘knowing the reality’ of their lives.

We found that many teachers and leaders consistently underestimate the scale of these problems. They either didn’t identify sexual harassment and sexualised language as significant problems, they didn’t treat them seriously, or they were unaware they were happening.

Most children felt that the relationships, sex and health education (RSHE) they received didn’t give them the information and advice they needed to navigate the reality of their lives. Girls were frustrated that there wasn’t clear teaching of what constitutes acceptable and unacceptable behaviour, and many had turned to social media or their peers to educate each other. One female pupil told inspectors, ‘It shouldn’t be our responsibility to educate boys’.

Many teachers said they don’t feel prepared to teach outside their subject specialism, or lack knowledge on topics like consent, healthy relationships and sharing of sexual images. In a few schools, leaders did not value the importance of RSHE. Insufficient time was given to the subject and curriculum planning was very poor.’
Source: Review of sexual abuse in schools and colleges June 2021

Last week Ofsted published its findings from a rapid review on peer-on- peer sexual abuse in schools, research that it was tasked to undertake by the government in April 2021. For an explanation on what led to the Ofsted report see [my previous newsletter].

In the course of the review, Ofsted visited 32 state and independent schools and colleges in England between April and May 2021, in which the views of over 900 children and young people were gathered. It also reviewed its past inspections since 2019 with regard to the topic.  Unsurprisingly, the evidence collated underpinned the concerns that had led to the rapid review in the first place: the scale and severity of peer-on-peer abuse in schools, and the inconsistency in the ways that schools had dealt with it. Here are some of its main findings.

1. Understanding and awareness of the issue
The report found that many teachers and governors underestimated the scale of the problem; some simply did not believe that peer-on-peer sexual abuse in schools was taking place at all. Even more shocking, some they believed it was just a part of growing up. Sexualised language in particular was very common and most often ignored or dismissed as ‘banter’. Particularly alarming were the number of girls who were sent unsolicited nude pics and who were harassed to supply their own. What is so striking and often repeated in the report is that some behaviours are so commonplace that victims felt that there was no point in reporting.

The report indicated that few schools are recording data effectively that would indicate how important the issue is. Schools are expected to submit their sexual harassment and sexual violence data to inspectors by 8am on the morning of inspection, but the research showed that 48% of schools do not have this data; and 46% submitted a nil return – meaning only 6% of schools had any evidence to show. Issues are not only significant in secondary schools, but emerging problems can also be seen in primary schools. There is a difference in the language that adults and the government uses in its guidance documents, and the words used by children. This is especially the case for the word ‘sexting’ – none of the pupils Ofsted spoke with used this phrase when talking about nude pictures.

2. The importance of place in safeguarding
Sexual violence typically happens in unsupervised places out of school, including parties, school bus journeys and parks. Some incidents do happen in schools, in unsupervised areas, and moving around busy corridors, especially unwanted touching. This closely correlates to research relating to the need for contextual safeguarding in schools – the subject of a [previous newsletter].

3. Difficulties with reporting
Sexual harassment and online sexual abuse is significantly under-reported. The many barriers to reporting included: the fact that the abuse was constant, a sense of shame or embarrassment, fears that they won’t be believed, social ostracisation and loss of control of the outcome. For girls, another fear of reporting is damage to their sexual reputation. Most children told inspectors that they would feel most comfortable talking to their friends about an issue, a parent or a trusted adult in school.

4. Poor management of safeguarding
Victims were clear that they did want ‘something to be done’, but were not confident that staff would deal with the issue ‘sensitively’. They preferred pastoral type responses to punitive outcomes for perpetrators. In an attempt to tackle issues in the school, many children felt that a common response from teachers was to have a ‘whole school assembly’ about it which often only served to set the ‘rumour mills’ going. The areas that cause most difficulty for school leaders are those incidents which occurred outside school; and when other agencies, especially the police, have long, ongoing investigations, especially those that result in no further action. Although schools in the report had systems in place for recording incidents, few analysed the data to identify patterns or trends.

5. Differences with girls and boys
The differences between the experiences of girls and boys is very striking in the report. Girls said they were regularly sent explicit images from boys, and were under immense pressure from boys to send indecent images of themselves. Nearly 90% of girls said being sent an unwanted sexual image happened ‘a lot or sometimes’. Girls described routine name-calling, sexual comments and objectification, boys just talked about jokes and compliments. When asked about the frequency of harmful sexual behaviours, in many cases roughly twice as many girls as boys reported that these happened ‘a lot or sometimes’. Over 80% of girls and almost 40% of boys said they knew of incidents of any kind of sexual assault. Girls aged 12 and 13 told inspectors that they felt uncomfortable walking through the town in their school uniform. Girls felt that there was no explicit teaching of what is appropriate. They said that adults had left them to teach boys what is acceptable and unacceptable.

6. Difficulties with Relationships Sex and Health Education
Relationships, Sex and Health Education (RSHE) is one aspect of a whole-school approach to tackling sexual harassment and sexual violence, including online, but the report found that children were seldom positive about their RSHE lessons. They felt that it wasn’t treated with the importance it needed and that many of the teachers resented having to teach this subject, which meant that they did not feel inclined to take part in discussions that need sensitivity. Many teachers said that they had received insufficient training for the role. A lack of confidence in teaching RSHE means that in many schools, issues of consent, healthy relationships and the use of sexual imagery were not being covered. Pupils said that the ‘consent as tea’ video could only go so far and could be ‘jarring and patronising’.

7. Inadequate training of school staff and governors
Most staff training about harmful sexual behaviours is scant and some staff weren’t trained at all and were simply expected to read the guidance. In the schools reviewed, less than a quarter of governors had received any safeguarding training at all, yet they were required to manage safeguarding effectiveness.

8. Failure to involve parents in safeguarding
The report makes it clear that adults, including parents, need to be better informed and sexual harassment and sexual violence, including online, between peers. Parents said that they would welcome learning more about the issues either through schools or online resources; they also wanted more support in understanding how best to talk to their children.

What must schools and other settings do as a result of this report?
The report included recommendations for schools, colleges and partner agencies, and for government. One of the most significant recommendations was that ‘even where school and college leaders do not have specific information that indicates sexual harassment and online sexual abuse are problems for their children and young people, they should act on the assumption that they are’. This is hugely significant and should affect every school and setting in the country and really raises the bar on this issue. 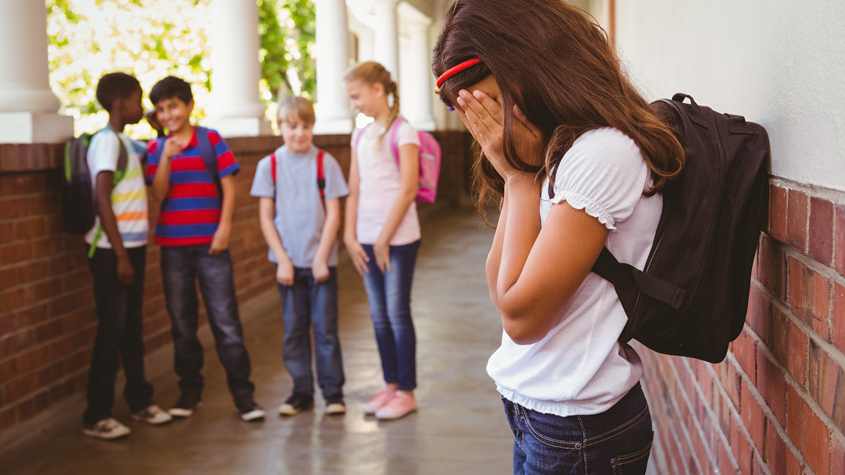 Following the publication of the Ofsted review, the government committed to support schools to deal with sexual abuse, talk with tech companies about preventative measures on social media platforms, strengthen the RSHE curriculum, and continue to fund the NSPCC confidential phone line until October 2021.