I remember someone telling me once that the best ever training she ever went on involved the trainer just taking the participants through a series of serious case reviews. I have put together bespoke sessions myself at the request of settings and seen first-hand how the in-depth study of a case of child abuse has created an intense level of debate and awareness. I have always made sure that even my Basic Awareness safeguarding training makes ample reference to Serious Case Reviews as real case scenarios are without question compelling, relevant and full of insight on how we as professionals can improve our safeguarding practice.

Serious Case Reviews are usually commissioned by local safeguarding partnerships when a child dies, or is seriously harmed, as a result of abuse or neglect. They are written with the purpose of:

Here is the list of some of the Serious Case Reviews I always make reference to in my safeguarding training: 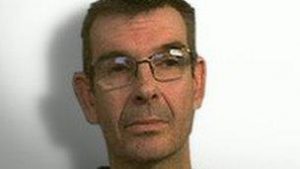 Nigel Leat, a primary school teacher in Weston Super Mare who sexually abused the children in his class for 15 years before images of abuse were discovered on his laptop. The head teacher, the Designated Safeguarding Lead of the school, received over 30 formal complaints from staff who were concerned about his behaviour over this time; all were dismissed. The case is a useful example of how every safeguarding concern about the behaviour of a professional must be reported to the local Designated Officer – and how everyone has a role in doing this, even if the DSL fails to do so. 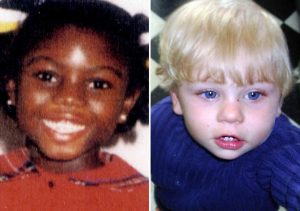 Baby P and Victoria Climbie – examples of children who were lost in plain sight. Victoria, a bright child from the Ivory Coast who was killed by a distant aunt and her partner, suffered from the fact that her abuser accused those challenging her behaviour as being racist and not one individual was prepared to take a stand for her. Baby P suffered from the fact that his abuser managed to hide her abuse behind a veil of ‘Disguised Compliance’ – appearing to cooperate with social services, she was in fact hiding key information from them, including the fact that she was sharing her home with dangerous abusers. 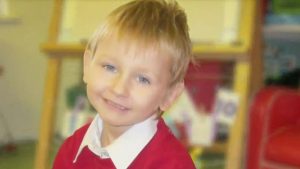 Daniel Pelka, a four-year-old whose mother starved and tortured to death, whilst taking him to school every day. She hid her abuse from the school on a daily basis, justifying Daniel’s extreme weight loss with complex lies and strategies. Daniel is a tragic example of how some abuse can be completely unbelievable to professionals who are seeking to work respectfully with parents. The judge concluded that in Daniel’s case ‘nobody dared think the unthinkable’.

The local safeguarding partnerships always have locally commissioned Serious Case Reviews on their website, and occasionally organise local briefing sessions to share the important lessons learned and new actions going forward. Local Serious Case Reviews are especially relevant to professionals working in that area as they make reference to local services, issues and new strategies that are impact on everyone’s practice. A list of local Serious Case Reviews currently online in Bristol include:

Becky Watts, a teenager who was murdered by her step-brother. He, along with his female partner, were convicted of murder and manslaughter respectively and sentenced in November 2015.

Child T, a 3 and ½ year old who was killed as a result of a non-accident, most likely shaking injury by her father who had a history of domestic violence, substance misuse and child sexual exploitation. He was convicted of manslaughter. The case again contains features of disguised compliance amongst many other learning points.

The NSPCC has been working with the Association of Independent LSCB Chairs to create the national case review repository to make it easier to access and share learning at a local, regional and national level. As a trainer, this resource is incredibly useful as it uses a system of tagging specific themes to make relevant cases easier to find. Themes include: Children in Care, Children in Violent Families, Adverse Childhood Experiences, Drug Misuse, Infant Deaths, etc. Even reading the short summaries of cases is fascinating and worthwhile.

In addition to the national repository, the NSPCC also produce several documents that examine the reviews held online to pick up key themes. Recently they have, for instance, looked at all the case reviews published since 2008 where online abuse was a key factor. In these reviews the children died or were seriously harmed in the following ways:

The briefing can be downloaded here.

Expectations about how Serious Case Reviews should be managed going forward

The government has recently changed the way in which it oversees the management of Serious Case Reviews. A report carried out by Alan Wood in 2016 had concluded that Local SCRs had not managed to overcome ‘the suspicion that its main purpose is to find someone to blame…’  and required ‘fundamental change…’ It advised that local safeguarding partners should ‘discontinue Serious Case Reviews, and establish an independent body at national level to oversee a new national learning framework …predicated on high quality, published, local learning inquiries; the collection and dissemination of local lessons; the capacity to commission and carry out national serious case inquiries; and a requirement to report to the Secretary of State on issues for government derived from local and national inquiries.’

Accordingly, the most recent edition of ‘Working Together to Safeguard Children 2018’ advised the creation of a new National Child Safeguarding Practice Review Panel from 29 June 2018 with the purpose:

This ensures that local lessons learned will be able to inform practice on a national level. It seems that the importance of Serious Case Reviews will continue to be prioritised on both a national and local level, and quite rightly so.

I hope that I have convinced and inspired you to look further into Serous Case Reviews – there is a lot to learn and the overriding principle for me is the belief that no child should die or be harmed without us looking seriously at our future practice in the hope that others may be spared.