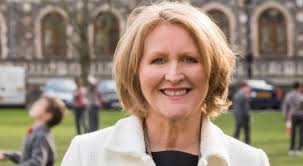 You may have missed it, but recently amongst all the political mayhem, and ahead of what seems like an imminent General Election, the Children’s Commissioner Anne Longfield launched her ‘Children’s Manifesto’, setting out what young people want.

What is the role of the Children’s Commissioner?

The role of Children’s Commissioner is to promote and protect the rights of children, especially the most vulnerable, and stand up for their views and interests. Independent of Government and Parliament, the Children’s Commissioner has unique powers to help bring about long-term change and improvements for all children, particularly the most vulnerable. She is the ‘eyes and ears’ of children in the system and the country as a whole and is expected to carry out her duties ‘without fear or favour’ of Government, children’s agencies, and the voluntary and private sectors.

The post of Children’s Commissioner was created following a recommendation made by Lord Laming in the Victoria Climbie Inquiry. The role was initially established under the Children Act 2004 which gave the Commissioner responsibility for promoting awareness of the views and interests of children. The Commissioner’s statutory remit includes:

The Children and Families Act 2014 further strengthened the remit, powers and independence of the Commissioner, and gave her special responsibility for the rights of children who are in or leaving care, living away from home or receiving social care services. She also speaks for wider groups of children on non-devolved issues including immigration (for the whole of the UK) and youth justice (for England and Wales).

“The building blocks of a good childhood haven’t changed – secure relationships, a decent home and inspiring schools. But I want politicians to think seriously about whether they are truly prioritising these things for children. I’ve heard more national political conversation about HS2, water nationalisation and tax cuts – and of course Brexit – than I have about children.”

What is the Children’s Manifesto?

Within these themes, the ideas that Longfield says she wants to see the political parties include in their election manifestos based on the views of children are:

– A Child and Adolescent Mental Health Service counsellor in every school: Children tell the Commissioner they want access to mental health support, quicker, more conveniently, and ideally delivered in schools, where it would attract less stigma;

– Adequate funding for Special Educational Needs and Disabilities, including pre-statutory support: From the failure to provide early support such as speech and language therapy, to long waiting lists for assessments for children with suspected autism, a paucity of suitable school places for children with high needs, and soaring exclusions, the system is patching up problems and failing kids rather than helping them, the SEND system must be adequately funded;

– Schools open at evenings, weekends and holidays: The Children’s Commissioner believes all schools should stay open during evenings and weekends and throughout school holidays, to provide a range of activities from sports to arts, drama to digital citizenship; and high quality youth support. Such a scheme would broaden children’s access to education, it would help parents with childcare and be good for children’s mental health and social skills and help to tackle the scourge of serious violence and gangs. The cost of this must not be borne by schools and teachers, the manifesto states.

Longfield warns that tackling complex generational problems will not be quick, and it will not be cheap as the issues set out in the manifesto would cost around £10 billion to implement everything.

She said: “Children do not have a vote. Unless political parties choose to listen to them, they do not have a voice. I am the eyes and ears of children in the Whitehall system and I see far, far too often the interests of children being subjugated to the interests of others – of business, or of bureaucracies, or of adults who do have votes and whose views are therefore counted.

“We should be ashamed that there are literally millions of kids in England not having the childhood we in a decent society would want them to have. Yet none of this is inevitable: we get the society we choose. The right help at the right time pays dividends – to the children, to society and the public purse, now and in the future.

“I want England to be a great place for all children to grow up. This manifesto sets out a vision for a more child, and family- focused society. It demands that all political parties take action in their manifestos to improve the lives of kids,” she concluded.

Listening to children’s voices, and keeping their needs absolutely central, is the overriding principle we should all bring to our safeguarding practice.

In my Basic Awareness Safeguarding training I always share, with examples, the list of key principles that statutory guidance that underpin child-centred practice include, which are:

‘Working Together to Safeguard Children’ 2018

These principles were derived from buzz groups of young people themselves which I feel and say adds a real elegance to the principles – an excellent definition of child-centred practice derived from excellent child-centred practice. I also share that the main reason that most mistakes are made in safeguarding practice is when adults forget to put children at the centre of their thinking and (for some reason or other) stop listening to their voices.

Cultivating a culture within your setting where children’s voices are listened to is also a key part of the duties of a Designated Safeguarding Lead (Keeping Children Safe in Education 2019).